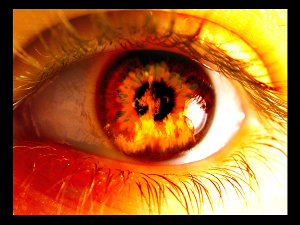 Across Europe there does seem to be a growing trend for sex drive-ins, however, with a widespread belief that it gets prostitution off the streets and into a safer environment, with similar schemes in Germany, Italy, Belgium and the Netherlands.

One of the most unusual aspects of the Zurich brothel — which are being referred to as "sex boxes" in Swiss media — are the signs being used at the facility, which cater both to Switzerland's multilingual society (four official languages) and perhaps an odd sense of humor.

Those looking to find the sex boxes will have to look for a discreet "red umbrella," and follow those signs to a former industrial zone where the nine boxes appear. According to Meritall Mir of GlobalPost, the customers will then "drive up one at a time along a lane reminiscent of fast-food drive-thrus" between the hours of 7pm and 5am.

Other signs pointing the way to the sex boxes show a car with a woman standing next to it. It is not clear if male prostitutes will also be allowed at the site: "Along the way, they’ll negotiate fees and services with one of up to 40 sex workers," Mir continues. "Once an agreement is reached, they’ll join the prostitutes in a car-wash style box to complete the transaction." The customer and the prostitute then drive to a covered area where they complete the transaction. The poster on the wall behind is not an instructional sign but a reminder to use condoms: There are a variety of rules to keep the situation at the "sex boxes" safe and sanitary. These are explained in the sign below.

We've done our best to translate (going right to left then working down): It may all seem a little strange but the logic is understandable — keeping prostitution out of Zurich city center and creating a safer environment for prostitutes, who will also have access to things like showers, a small kitchen, and an area to rest.

There are some doubts, however, that the prostitutes and their customers will use the facility — which is said to have cost 2.1 million Swiss francs ($2.2 million) to build and 700,000 Swiss francs ($750,000) a year to operate.

Only thing missing is a workshop to fix your e39 M5 while you are having sexy time.

From a policy perspective, how does the city get approval to spend so much on 'social' projects .. I'm always surprised.

Because it's good for their society. That's my guess.